Ever Wondered How Snow is Formed?

How cold does it need to be to snow? 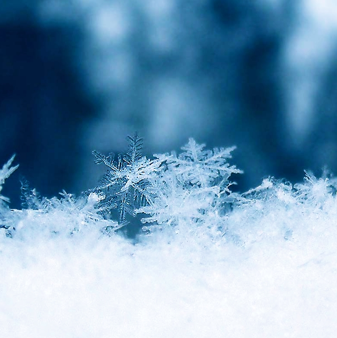 Snow is formed when the moisure in the atmosphere gets cold enough to begin to freeze creating tiny little ice crystals.  These ice crystals then begin to bump into each other

and stick to each other creating snow flakes, which when large enough start to fall from the atmosephere as snow.

How cold does it need to be to snow?

Sleet is formed when snow falls from the higher and colder clouds into warmer air (above 2 degrees), thus melting the snow as it falls and turning it into sleet.

Why do Snow Flakes Vary in Size?

Snow can fall as small dry powdery snowflakes (perfect for sking!) or as huge great big heavy snow flakes.  It all depends on the air temperature the snow is falling through, dry powery snow is formed when the air temerature it falls to earth through is below freezing.

Big heavy wet snow flakes are formed when the air temperature is abouve freezing , this causes the edges of the snow flake to melt and become wet and sticky, which in turn means more wet stick snow flakes will stick to tegther to form big wet snow flakes.

So the colder the air temerature the drier and more powdery the snow will be.

Has it been snowing in your area? do you need any rock salt or white de-icing salt if so click here